Jidenna, Beyoncé all doing African Fashion some justice. Have you noticed how good African Fashion looks on people of other races? There’s a market, somehow and somewhere there. It’s all about marketing.

Beyoncé almost (or actually) broke the internet when she released her visual album Lemonade. One of the videos people are still talking about is the one for the song titled Sorry since it debuted just a few days ago.

The video was loaded with a mixture of different African cultures and symbols, from the costumes of her dancers to her own costume.

Kenyan’s are known to be great at beading. Their traditional Masai necklaces are usually elaborate beaded pieces in bright colors, and are stacked one on top of the other. 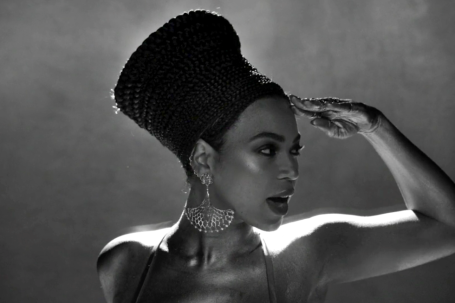 One of her hairstyles (yes that’s braided hair, not a hat!) was what seems to be a cross between a custom practiced by the Mangbetu people of Congo way back in the 1930’s and the head-gear of Egyptian queen Nefertiti during the 14th century B.C. Nefertiti, whose name means “a…

Adsensis - Will soon port to a premium theme. Watchout! Also, Adsensis - Appointed marketer for Clean Green Integrated Solutions' Outboards and Management of a Concession of 5 roundabouts for Ad purposes in Kaduna, Nigeria.

Observations of life in France. By an adopted Française.

Health, wellbeing and other musings